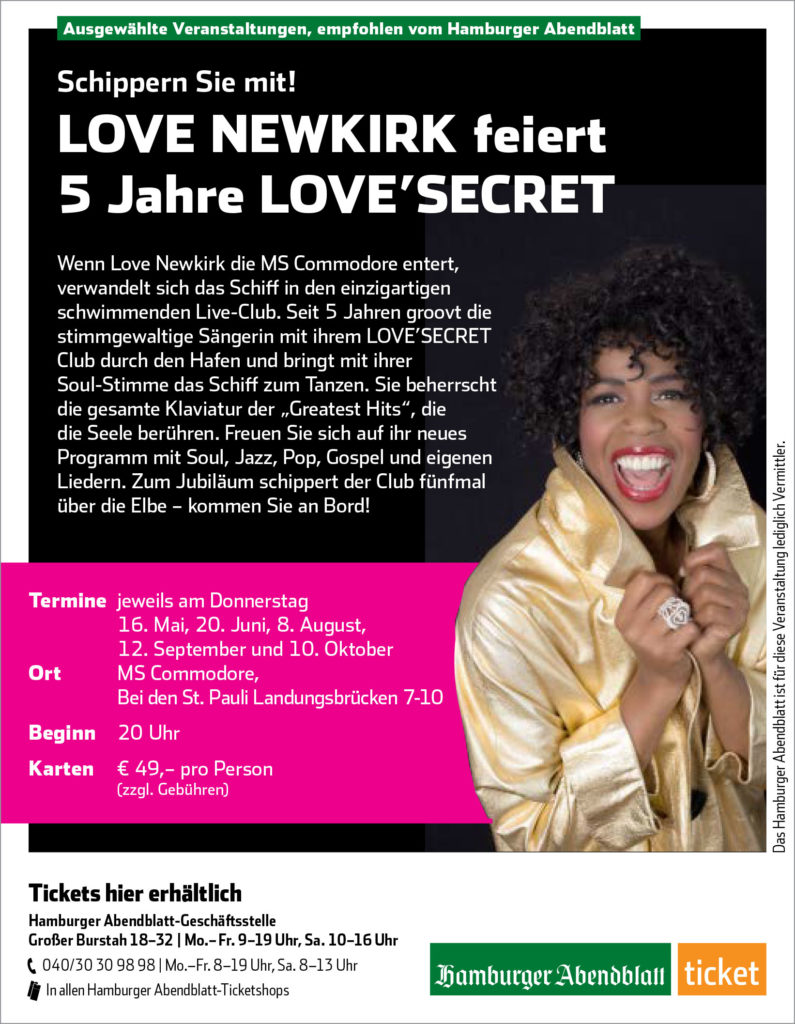 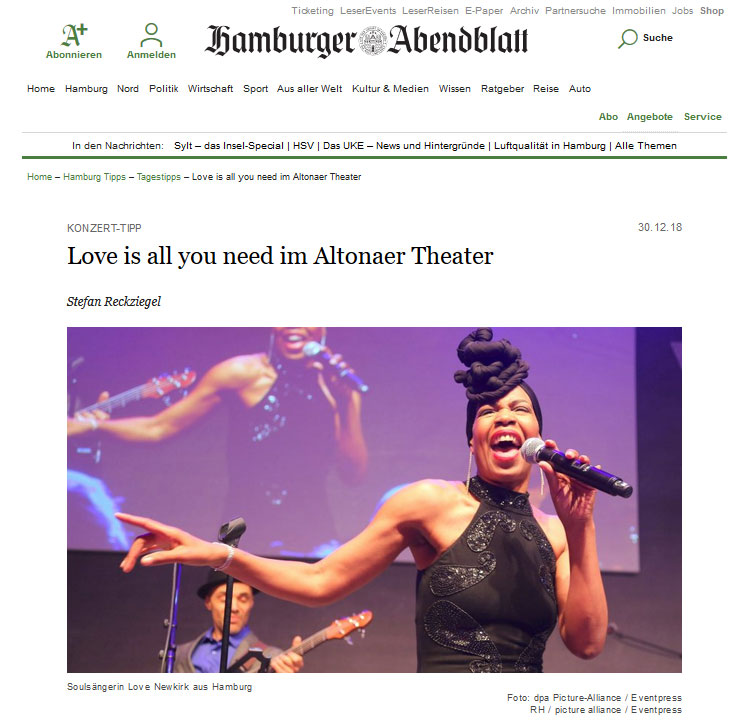 . . .She’s really got soul and a voice that goes straight to the heart.”

The audience was carried away to the peak of the Gospel experience.”

“Everyone danced, clapped, swayed and refused to leave until after several encores.”

“Love’Secret thrilled the fans with an exceptional harbor boat tour”

Über ‘Pasta é Basta’: “…The great singer and entertainer Love Newkirk from Pennsylvania inspires in the role: Already as she puts on the pink rubber gloves, works on the wine glass with the dishwashing brush and then furiously peppers the plastic apron into the corner: delicious. Her main performance, however, is the only serious song of the over two-hour evening: Nina Simone’s “Four Women” from 1966. A protest song against the contempt for black women that was blacklisted by many American radio stations almost 50 years ago.” Cornelia Addicks Tütlingen 9.11.15

The American singer is a musical whirlwind of the exceptional class” 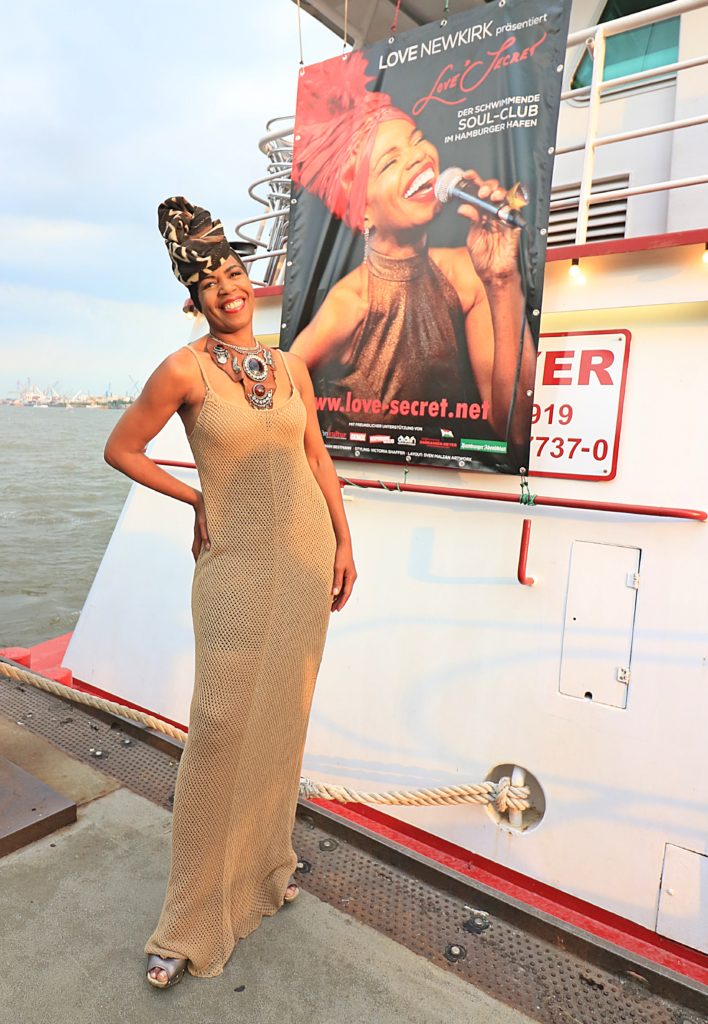